Keeping the Pupil Open for Business

Why I've adopted OMIDRIA in my practice

I've been using OMIDRIA (phenylephrine and ketorolac injection) 1% / 0.3% (OMEROS) for approximately 1 year. The medication is a combination of an anti-inflammatory agent and mydriatic agent designed to maintain pupil dilation during ocular surgery and reduce postoperative pain.

How It’s Used
We use OMIDRIA on any patient who has insurance coverage for the medication. OMIDRIA comes in a small vile that is injected into the BSS solution used during phacoemulsification. After diluting it in the BSS in the bottle, you simply just use it with your procedure. Prior to the availability of OMIDRIA, I would inject epinephrine 1:1,000 intracamerally for small pupils at the beginning of the case and wanted to follow a similar approach with OMIDRIA. So I simply withdraw some of the fully diluted OMIDRIA solution from the BSS bottle for the hydrodissection cannula and inject intracamerally, along with lidocaine, through the side port incision at the beginning of the case.

Clinical Experiences
For the last 20 years, epinephrine has been a staple for me to keep pupils dilated and to stabilize floppy irises. Epinephrine is adequate, but in my opinion, OMIDRIA works far better than intracameral epinephrine. OMIDRIA not only maintains the dilation of the pupil during the cataract surgery, but it also changes the behavior of the iris.

Without OMIDRIA, the iris can have a tendency to flop around, even with epinephrine. With OMIDIRA, the iris becomes stiffer and more manageable. I also find that the pupil is more dilated at the end of the case when I'm using OMIDRIA than it was at the beginning of the case, and that includes my difficult cases with floppy iris and small pupil. I have not had any issues with the OMIDRIA in the operating room or received patient complaints about stinging or burning.

Postoperatively, I think patients are a little more comfortable and the eye is quieter. The mydriatic effect can persist an extra day but they generally don't mind it if they are informed beforehand.

Initially, there was some controversy surrounding the product due to the cost. It's an expensive product and many people feel that epinephrine is just as adequate. I decided to use it for myself and see how I felt about it. That's what I would recommend. Try it, see how the eye behaves in surgery, and decide for yourself. If you have the opportunity to use it for a small pupil case, I think you'll really be surprised. 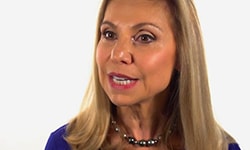 Dual Action Pupil Dilation During Surgery and Comfort After Surgery 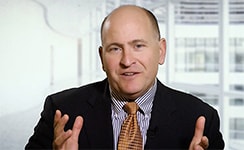 Medical Food that Nourishes the Macula 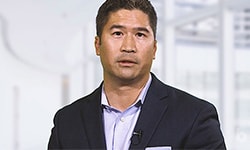 Aesthetic Products With Beauty and Brains 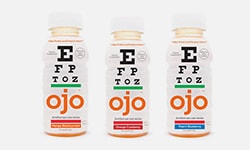